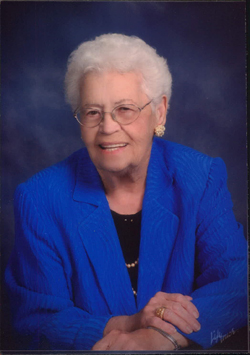 She was born on June 8, 1920 in Strawn, Texas and was the daughter of the late Roy C. and Eunice Balch Mitchell.

She was a retired employee with the U.S. Department of Defense; was a member of Middletown Presbyterian Congregation, Presbyterian Women’s Circle; and was past president of the Yellow Rose Club of Toastmistresses, Rio Grande Region, Texas.

In addition to her parents, she was preceded in death by her husband John Francis on May 17, 1983.

A Memorial service was held on Saturday at her church, with the Rev. Donald E. Potter officiating.

Condolences may be sent online at www.matinchekanddaughterfuneralhome.com.