A Steelton man wanted for a shooting in the parking lot of Jones Corner Bar on North Harrisburg Street on Saturday, May 4, has been taken into custody.Drakkari Lee Brooks, 25, of the 300 block of Swatara Street, turned himself in to police on … 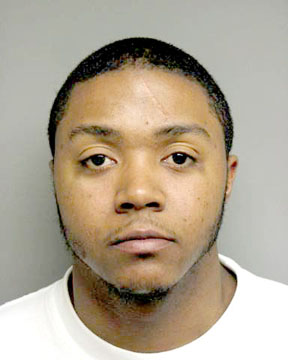 Brooks is facing charges of attempted criminal homicide and carrying a firearm without a license.

According to police, a disagreement allegedly occurred outside of the bar between the victim and Brooks. Police were called to the bar at 428 N. Harrisburg St. around 1:52 a.m., where they found the victim in the parking lot.

The shooter had fled the scene.

The 43-year-old male victim, of Harrisburg, was rushed by ambulance to a local hospital and treated. Police filed the charges against Brooks before District Judge Kenneth Lenker on Saturday, May 4.

Brooks was arraigned before District Judge Raymond Shugars on Thursday, May 9, according to police. Bail was set at $200,000, and a parole detainer was also issued. Brooks is confined in Dauphin County Prison and awaiting a preliminary hearing June 21 before Lenker.